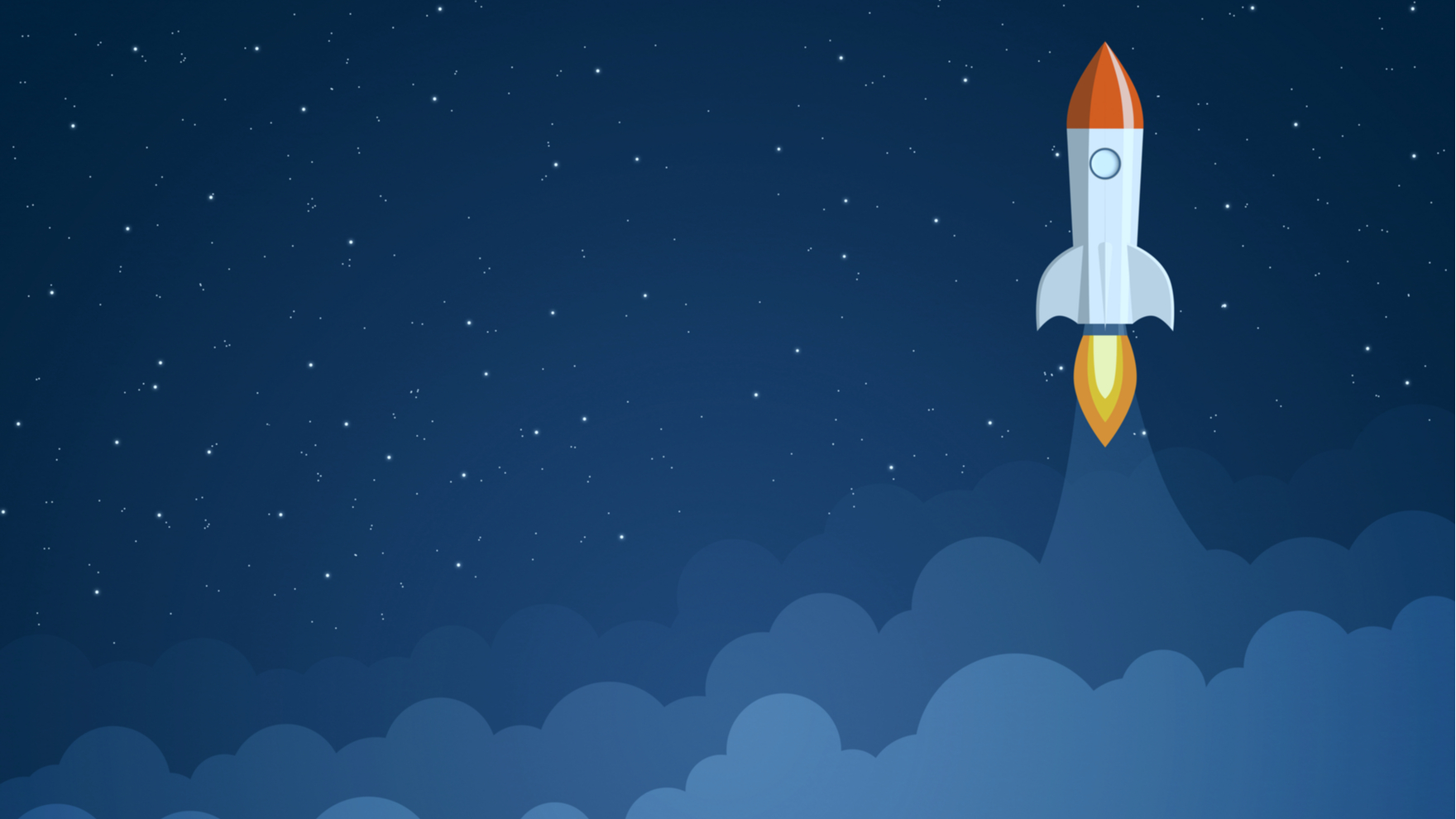 The path to growth is having a moonshot in mind and being able to bring it to reality through organizational and technological agility, as well as rapid, intelligent, and quality decision making.

In 1962, John F. Kennedy delivered an iconic speech challenging a nation to go to the moon that decade – not because it was easy but because it was hard. Just seven years later, the mission was accomplished.

The moonshot succeeded, in large part, because the United States was able to gear up from both a leadership and technological standpoint. Bureaucratic barriers to accomplishment were torn down. Millions of dollars in funding and more than 2 million employees were committed with little hesitation. Public and private sector researchers engaged in a level of innovation rarely seen in human history.

What made this era so remarkable was the way a top leader set an audacious and seemingly unfeasible goal that forced those charged with executing upon it to think and act in radically different ways.

It’s not unlike the massive challenges we currently face with COVID-19 vaccine distribution, assuring timely product delivery in the face of pandemic disruptions and having to quickly scale-up to support suddenly remote workforces. As with the moonshot, achieving any of this means removing hierarchical obstacles. It requires sufficient funding and employees to meet the demands of the work that needs to be done. And it involves giving researchers unfettered access to the data they need to drive innovation and mission success.

Such change management was extremely difficult to pull off in simpler times when Kennedy’s speech ignited the Space Race. But they did it. Today, in a more digitally complex world, it is nearly impossible – which is why artificial intelligence (AI) and, specifically, cognitive automation, are going to be instrumental in this endeavor.

Think of change management as the process of realigning decision making and assets to achieve specific goals, such as operational or supply chain improvements needed by the organization and the people it serves. The concept may sound simple. But in actuality, it is quite hard.

That’s because few government agencies or businesses are built to accommodate change. They are structured for efficiency and designed hierarchically with management at the top. Many emerged before digital technology became a requisite for existence, and they are still adapting to it. Those born in the digital age, meantime, while more nimble than their older counterparts, nonetheless also struggle to keep pace with emerging technology and the 2.5 quintillion bytes of data created globally every day.

For leaders, trying to stay abreast of all this change while driving organizations toward a necessary vision can be like channeling Elastigirl, the rubbery superhero from Disney’s The Incredibles. To arrive at smart decisions, they are often pulled in numerous directions, with one arm reaching out for critical data, another grabbing at tools to visualize and analyze it while their brain is stretched, scrambling to  gather and weigh various opinions on how best to act upon it.

Back in Kennedy’s day, organizations might have tried to hire more people to handle such complexity. But the digital age has put pressure on organizations to execute quickly, swiftly and efficiently. No sales-oriented business, for example, can hope to survive today if it’s unable to meet customer expectations for quick, predictable and timely delivery of orders. This is even truer during crises, such as pandemics, when the speed of reaching and acting upon decisions is proportionally related to success or failure.

This is where cloud-based cognitive automation becomes relevant. Cognitive automation essentially crawls various data sources to understand demand, inventory, production, capacity and lead times. It recommends a course of action while laying out possible outcomes and risks. It predicts future inventory and allocations, lead times, back orders and related issues that might arise. And, most importantly, it can go beyond business intelligence (BI) by acting and setting the available to promise (ATP) date in any required system and take mitigating actions to address any disruption or tardiness that might occur. In a nutshell, it allows users to offload time-consuming and repetitive tasks to the AI so they can concentrate on higher, more strategic goals and priorities.

While seemingly the stuff of science fiction, cognitive automation is actually as real as it gets. Indeed, many major corporations are utilizing it right now as part of their own “moonshot moments.”

Johnson & Johnson, for example, wanted to provide customers with more accurate and satisfactory product delivery dates. So, it implemented a self-driving automated system for gathering, indexing and analyzing key data to arrive at more accurate forecasts for production output. The system didn’t replace human employees. Rather, it augmented and enhanced the good work they were already doing.

“Now, does that mean it's perfect all the time? No,” says Neil Ackerman, senior director of global supply chain advanced planning for Johnson & Johnson, in a CXOTalk interview with industry analyst Michael Krigsman. “Does it mean that the human was perfect all the time? No. It does mean that, over the long-term, you're going to get better and better and better . . . you're going to have a really low, mean, absolute percent error, so your error rate will be lower, and you're going to improve your on time, in full, and delivered to the customer.”

Merck Healthcare, the pharmaceutical division of Merck Group, has its own moonshot effort: striving to become a self-driving enterprise. It implemented a cognitive automation platform four years ago to help digitize and modernize existing legacy systems. Since then, it has started using machine learning (ML) to become more predictive and agile while maximizing forecast and supply accuracy.

"We are all running on much shorter cycles in this dynamic world, and it is impossible to process everything manually or on legacy systems,” says Alessandro De Luca, CIO at Merck Healthcare, in a recent statement. “(Cognitive automation) has made a real difference in our ability to implement and operate a best-in-Class IBP process. This, combined with the fact that we could rely on a single, intelligent source of truth, gave us a springboard to agility.”

The RB Hygiene Home Division of Reckitt Benckiser is using cognitive automation as well for a moonshot designed to free planners from repetitive data crunching and analysis.

“We've really now reached the stage where half the business in the U.S. is run without anyone touching it, so it's really the machine that decides what we predict,” says Saqib Mehmood, global senior vice president of business solutions and insights for the company, in another CXOTalk interview. “These teams have more time in terms of taking these peaks and troughs and trying to normalize them, working with customer teams, working with the manufacturing team and making sure that they can use their time for more planning, rather than forecasting.”

Taking that Next Big Leap

Identifying an organization’s next big leap can be intimidating. Practicalities like lead times, innovation timeliness, resource scarcity and data complexity often deter leaders from thinking in big-picture terms. But if the volatility of that last year has proven anything, it’s that companies do not survive and thrive by being overly conservative or focusing on short-term goals.

The path to growth is having a moonshot in mind and being able to bring it to reality through organizational and technological agility. Through rapid, intelligent, and quality decision making. Today, the best way to accomplish that is by enabling a self-driving enterprise with cognitive automation. 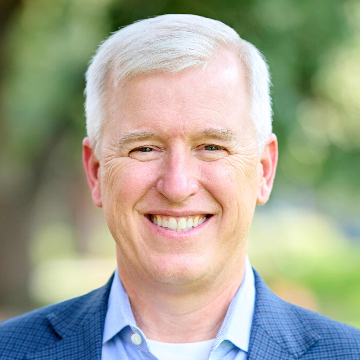