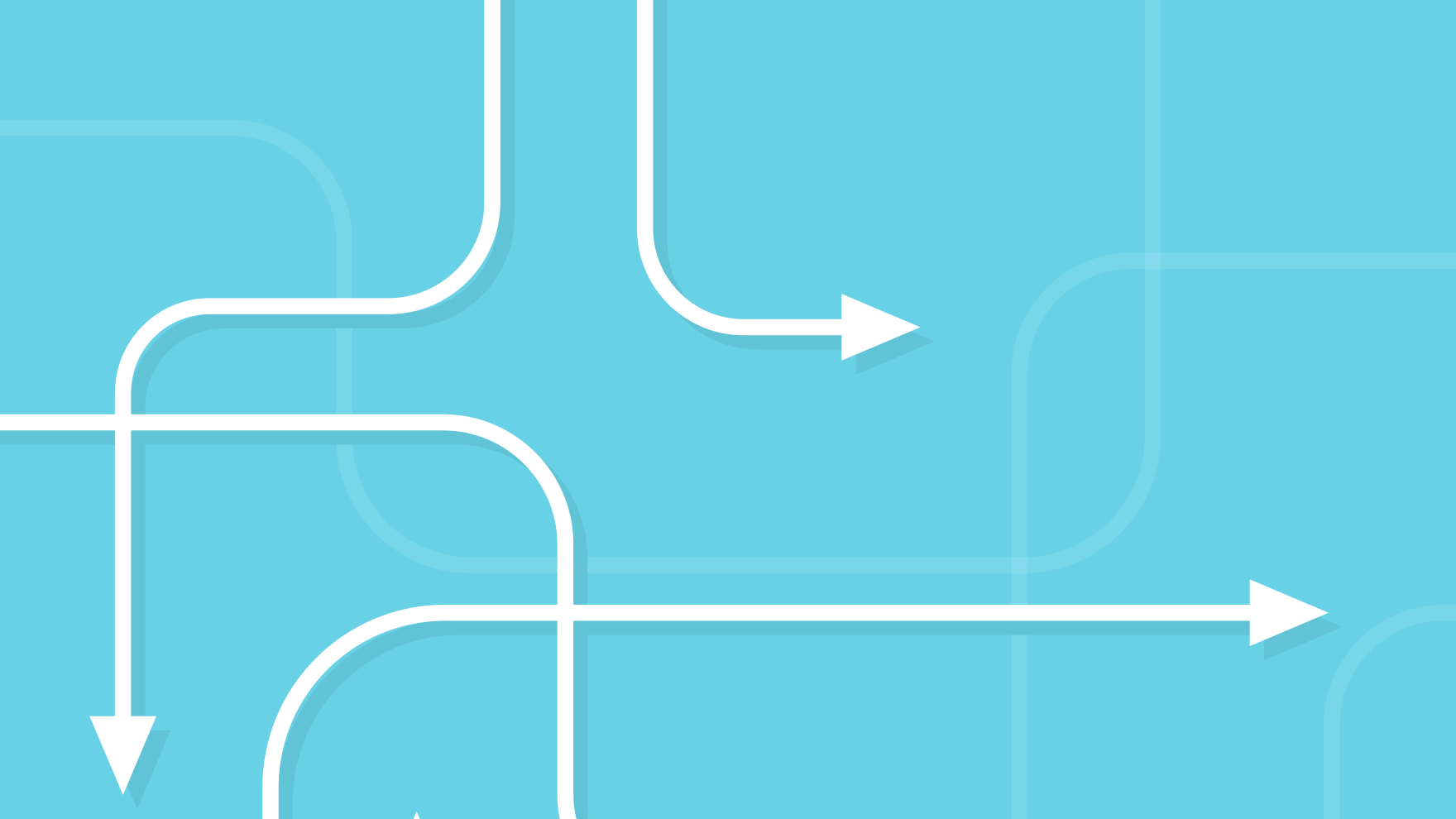 Removing or uncovering bias is perhaps where cognitive automation has the most opportunity to improve organizational performance.

Human beings are exposed to around 11 million bits of information per second, but the conscious brain can only process around 50 bits per second. This means that the other 10,999,950 bits are being compressed and processed -- or ignored – by your subconscious mind. Given this, most of the brain’s processing power is subconscious, leaving only the most effortful and demanding processing for the conscious mind.

Behavioral scientists have long distinguished between these two basic “types” of thinking. The more subconscious and automatic process of thinking in which impressions, judgments, and actions take place without the individual even realizing they are happening is often called “intuitive” thinking. On the other hand, “reflective” thinking is the thinking that happens much more consciously; it’s much slower and requires high cognitive effort.

For example, if I ask you, “what is 2 + 2?” you will quickly respond without conscious effort, using your intuitive thinking process. Whereas if I ask you, “What is 192 + 374?”, you’ll likely need to switch into your reflective system of thinking to calculate the result. Likewise, your morning routine is most likely dominated by your intuitive system: You get dressed, brush your teeth, decide what to eat for breakfast, and commute to work, mostly based on automatic and subconscious mental processes.

When it comes to decision-making, most of our decisions and actions are naturally dominated by intuitive thinking, because it saves us a huge amount of time and is sufficiently effective in most areas of life.

THE PROBLEM WITH THE INTUITIVE THINKING PROCESS

So what’s the problem?

Our intuitive system has some characteristics that get us into trouble. Our minds have formed cognitive processes that help us make decisions more efficiently but that are shortcuts to a completely rational decision-making process. These are called heuristics. Simply put, heuristics are rules of thumb that help us tackle complex cognitive problems in practical and often sufficient -- though not perfectly rational – ways.

On one hand, heuristics are extremely useful: They are what enables our intuitive mind to quickly make complex decisions and judgments -- often with satisfactory outcomes -- without requiring much cognitive effort. Often, heuristics are applied subconsciously, so we don’t even realize they’re happening.

However, heuristics also come with a downside. Because we are shortcutting a full rational assessment of most situations, there is inherent risk of flaws in judgment due to subconscious cognitive biases. Cognitive biases are systematic errors in our cognitive processing and have been shown to result in consistent and predictable errors in judgment. In fact, wide-ranging studies that demonstrate examples of systematic gaps between humans’ actual behavior and objectively rational behavior show that the impact is far-reaching -- across professions, fields, and levels of experience. Neither the highly educated nor the highly intelligent are immune to these biases.

And neither is the workplace.

There’s no question that cognitive bias impacts decision-making in the workplace. Extensive research shows the role of cognitive bias in professional settings, from medicine to operations management and everywhere in between. The influence of bias is so well accepted that a growing number of studies are focusing on how to combat its effect in the workplace.

Interestingly, the modern workplace is a prime environment for cognitive bias to creep into judgment, tainting decisions and ultimately outcomes. This is due to three factors:

Together, these three factors compound the potential problem of bias: When we are short on time to make complex decisions, we try to move faster by limiting the cognitive load of each judgment, exchanging conscious, effortful thinking (i.e., reflective) with more subconscious, cognitive processing (i.e., intuitive), thereby increasing the likelihood of cognitive bias creeping into our decision.

Companies today are searching for ways to identify, reduce, or even eliminate the impact of cognitive bias. An emerging concept, called cognitive automation, provides interesting opportunities for reducing cognitive bias.

WHAT IS COGNITIVE AUTOMATION?

Cognitive automation is the use of artificial intelligence (AI) techniques, such as machine learning, cognitive computing, speech recognition, and natural language processing to automate business processes that are normally performed by humans. The hope is that cognitive automation can help improve decisions in many ways, one of them being by reducing – or even eliminating – human bias.

If your organization is considering the introduction of cognitive automation into the workplace, here are some lenses through which to consider:

1. How could cognitive automation help to identify the impact of cognitive bias in our organization?

Research has shown that training on cognitive bias can decrease the impact of bias on decisions at an individual level. What’s more, processes can be put in place at an organizational level to reduce the risk of decisions that reflect cognitive bias. Those solutions can be more effective if the biases that exist – as well as their impact on decisions – are identified up front. While identifying patterns of bias is an important first step in determining how to protect against bias at an organizational level, actually doing so requires a way to systematically collect meaningful decision data and implement a process for analyzing that data over time.

Aera Technology’s Cognitive Operating System provides one such framework for capturing not decision data. In addition to a decision itself, it captures other information, such as the reason for a decision, manual overrides, and the context in which the decision was made. Aera stores this information to use in the context of reinforced learning, but also, importantly, as a tool for management and individuals to explore decision patterns.

Such a system is a powerful tool to help identify patterns of bias, in order to eradicate them from your organization. But in order for it to be effective, you need to consider what questions you should be asking of the data - you need awareness of the dataset and of types of biases -  in order to uncover specific insights into cognitive bias. For example, are there areas in which your organization might be particularly prone to bias?  Once you have instrumented your organization to capture detailed decision data, you have made a critical first step toward understanding and reducing harmful bias.

2. Can we use cognitive automation as a tool for examining our decision-making process and checking it for bias?

While some cognitive biases can be reduced through training, entirely eliminating bias in humans is not possible, since the conscious mind is often not even aware of what the more biased intuitive mind is doing. An HBR article by Daniel Kahneman,  Dan Lovallo, and Olivier Sibony discusses the idea that the influence of cognitive bias might be addressed not at the individual level, but rather at the organizational level, by applying processes to check for and adjust faulty a judgment. Specifically, the authors provide a checklist of questions to ask when assessing major business decisions, with the purpose of rooting out common biases.

Could cognitive automation help operationalize such checks and balances? One study of a classic supply/demand problem, in which researchers created a controlled simulation where decision-makers were asked to order quantities of inventory for two products – one with high margins and the other with low margins). The decision-makers were given all the data needed to calculate the “correct” inventory level to maximize revenue, but their answers were consistently skewed toward a mean value, that is, the value falling between the two products, despite the fact that a clear mathematical model exists that can optimize the value.

This study demonstrates a common cognitive bias known as anchoring.

However, what if those decision-makers had had a Cognitive Operating System that performed the objectively rational calculation for them, and had pro-actively recommended it? Would causing them to consider that value before finalizing their plan have swayed them more toward the revenue-maximizing value? Given what we know of Anchoring and Default biases, it seems likely.

3. How do we avoid accidentally building cognitive bias into our logical models?

As you consider how to implement cognitive automation systems in your organization, you should watch out for the potential to entrench bias even deeper into your organizational decisions by inadvertently building it into technology solutions.  For example, in order to implement any sort of automation, you must formalize the logic used to make decisions. Sometimes this formalized logic involves the very “rules of thumb” that can lead humans to have biases, which means the problem is not eliminated; it just moves from the human to the machine.

One well-known and prevalent bias is confirmation bias, which is the tendency to focus on evidence that supports what we already believe and to ignore other data. If a technology is configured so that it “looks for” scenarios in which a particular type of solution can be applied to a particular type of problem, but it does not also look at all the possible factors that might make that a poor decision, you could end up unintentionally building a kind of confirmation bias into a systematized decision.

To avoid this scenario, it’s important to use both enterprise data as well as third-party data in your models as well as ensure that you’re applying both machine learning models and complex deterministic logic to consider not just one or two actions, but rather a huge number of factors, tasks, and outcomes.

4. How does cognitive bias impact how decision-makers spend their time and, therefore, implicitly impact what gets ignored?  Could cognitive automation help to reduce impact of “unmade decisions”?

One significant but easy-to-overlook impact of cognitive bias in the workplace is that of time (mis)management. Employees – who are nearly always under time pressure – face hundreds of tasks they could be doing each day that they are not consciously neglecting; they just don’t happen to be at the top of the to-do list.

A “perfectly rational” employee would spend every moment doing the activity that is of most value to the company. However, in reality there are thousands of factors that can influence each and every task; It's simply impossible to process them all. Instead, humans make intuitive judgments on how to spend their time in order to optimize value, but these judgments are likely influenced by cognitive biases. As a consequence, some things will be ignored that should not have been.

For example, imagine that an employee got penalized in the past for missing evidence that there would be a shortage of a particular material. In the future, they are probably going to spend a lot more time looking carefully for similar evidence even if, statistically speaking, it is unlikely to happen again. This is a classic case of the availability bias, in which people predict the likelihood of a memorable event to be far greater than it actually is.

This is perhaps where cognitive automation has the most opportunity to improve organizational performance, and the reason goes back to the problems of processing power and time. Employees can’t – and shouldn’t -- spend time combing through thousands of insignificant details in order to find the one or two outliers that may have a material impact.

But if decision-makers had access to technology that is unconstrained by data and processing limits, which can watch data in real time, 24/7, that technology could take a first pass at many of the complex calculations and scenarios for which planners, managers, and analysts simply don’t have the time. When it finds something significant to pay attention to, the technology solution can alert the employee. What’s more, it could take autonomous action on smaller, simple-but- time-consuming decisions on which people don’t need to waste their precious time and thinking power.

By removing much of the time and energy spent on this perfunctory but necessary work, cognitive automation provides people more time to spot and make the important, high-impact decisions with care and good judgment. 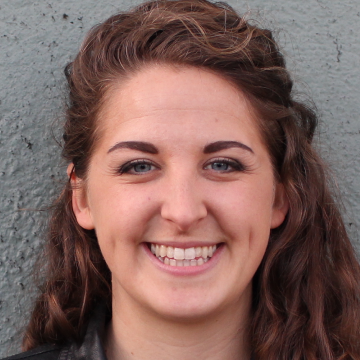